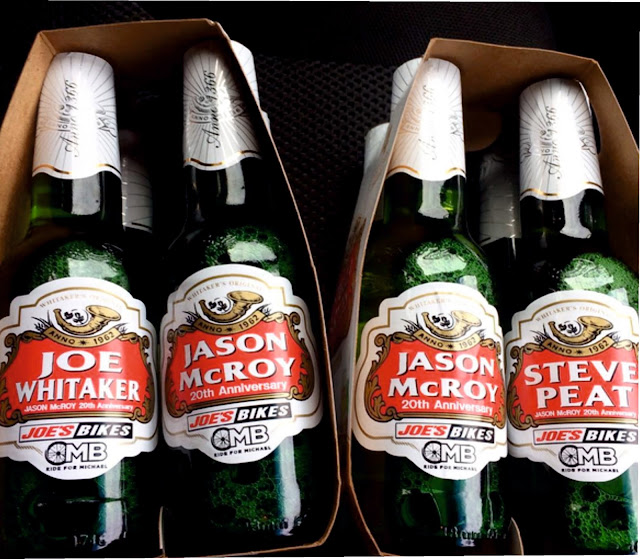 Jenn Hill aka @twittcrumpet and deputy editor of Singletrack Magazine sadly passed away recently aged 37. The last time I saw her was at Mountain Mayhem, she came over to chat and show her support for Ride for Michael, she was always at events either as a racer or journalist and was a very well respected figure in the bicycle community, admired by many for all she achieved in her time and the way she did it.
She would be the last person you would expect this disease to effect, so healthy, so strong, a gutsy lady, cancer has no respect, as she put it #stupidfuckingdisease 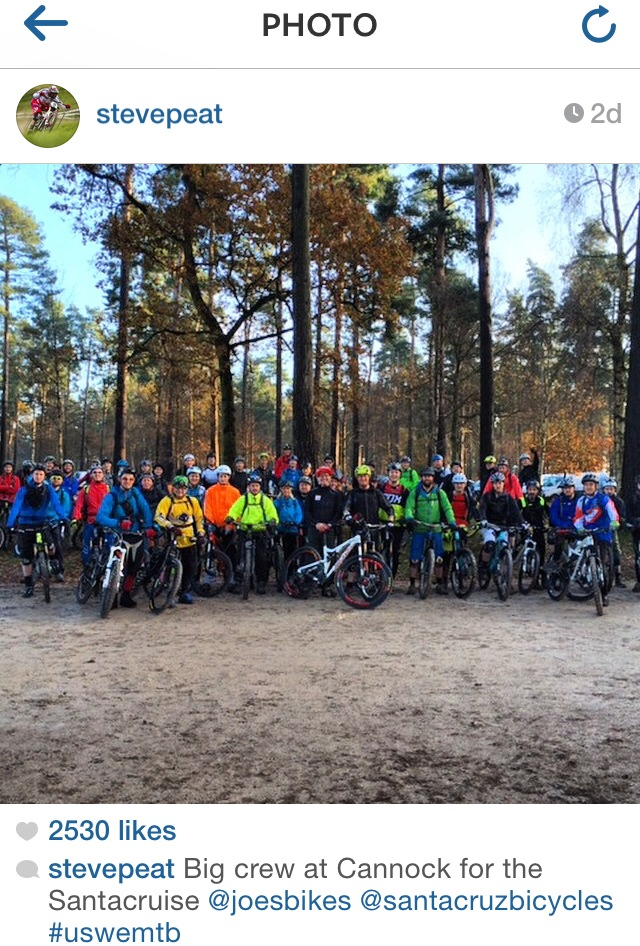 I decided that it was time to get my arse in gear, biking gear that is, as over the past year I have been building up Joe's Bikes and had very little time for riding my bike or anything else. 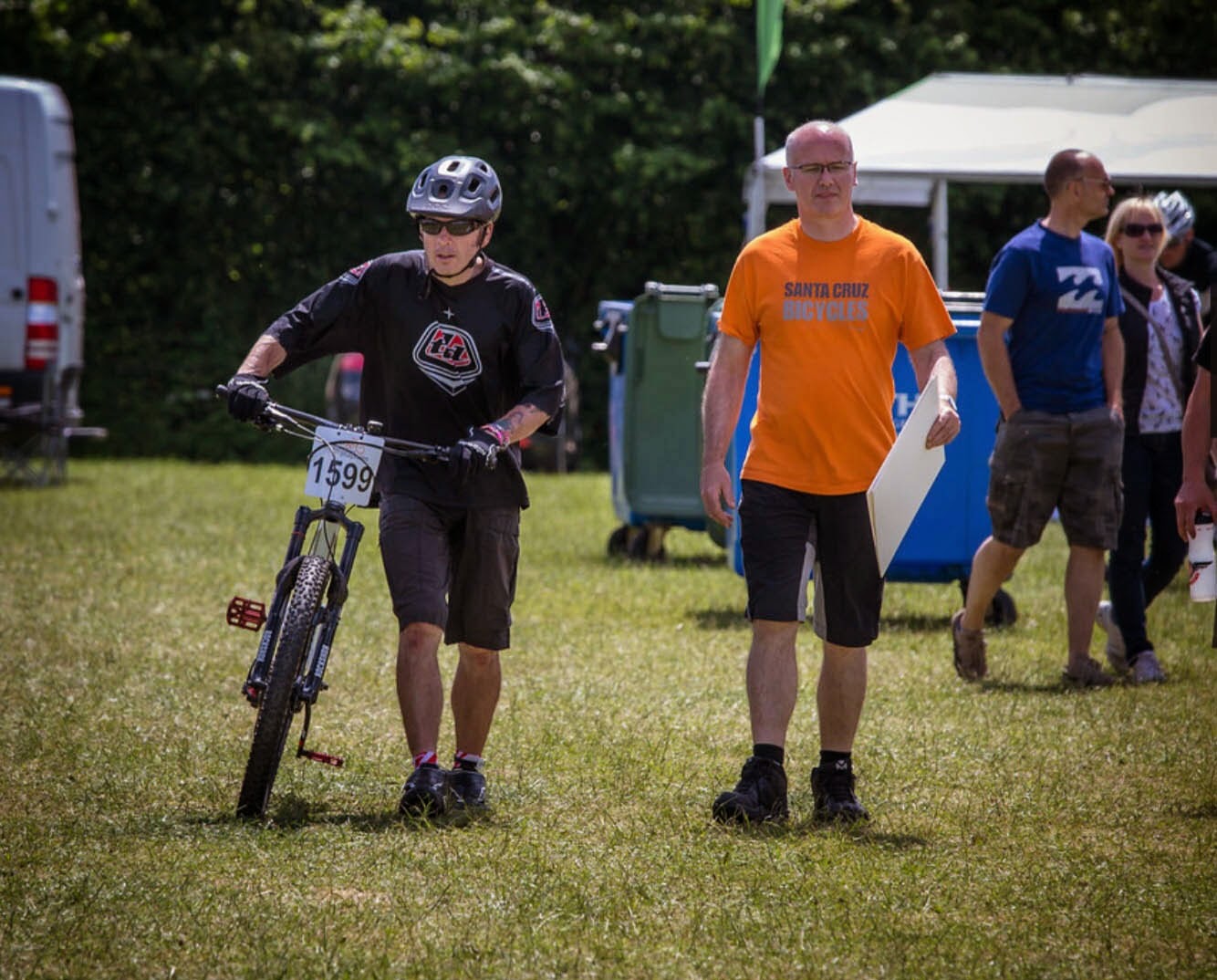 Had a lot on my plate lately so the last thing on my mind was doing a 24 hour endurance race, especially one with the credentials of Mountain Mayhem. When Geoff McComb from Chain Reaction (other bike shops are available see your local at Joe's Bikes Worksop) called me 2 days prior to the race and reminded me that I said I may do it I had to think on my feet, err, well, umm, let me just....

Sorry it has taken so long to get this information on this blog, it has been a very strange week to say the least. Having your bikes stolen is very upsetting but repairing the damage caused also takes its toll and takes a lot more time than you would like to repair and I have increased security while I was at it.
The theft happened at around 2:00am in the morning of Thursday the 1st of May, four hoodie wearing men in their early twenties forced entry through a fence then the front of Joe's Bikes.
They took a Large white Santacruz Tallboy carbon, a Large Yellow Santacruz Tallboy LT carbon and an wxtra Large Santacruz Nomad alloy in Syndicate colours which was once a team bike of Steve Peat.
The white Tallboy had the following kit fitted to it

The Yellow Tallboy LT had the following spec:

The Syndicate Nomad had the following spec:

I will post some photos shortly but there are some on my Instagram at joesbikes if required.

Any info as to their whereabouts would be welcomed with a reward, they are missed and will be hard to replace, three very distinctive bikes that will be easy to spot when work needs doing on them. 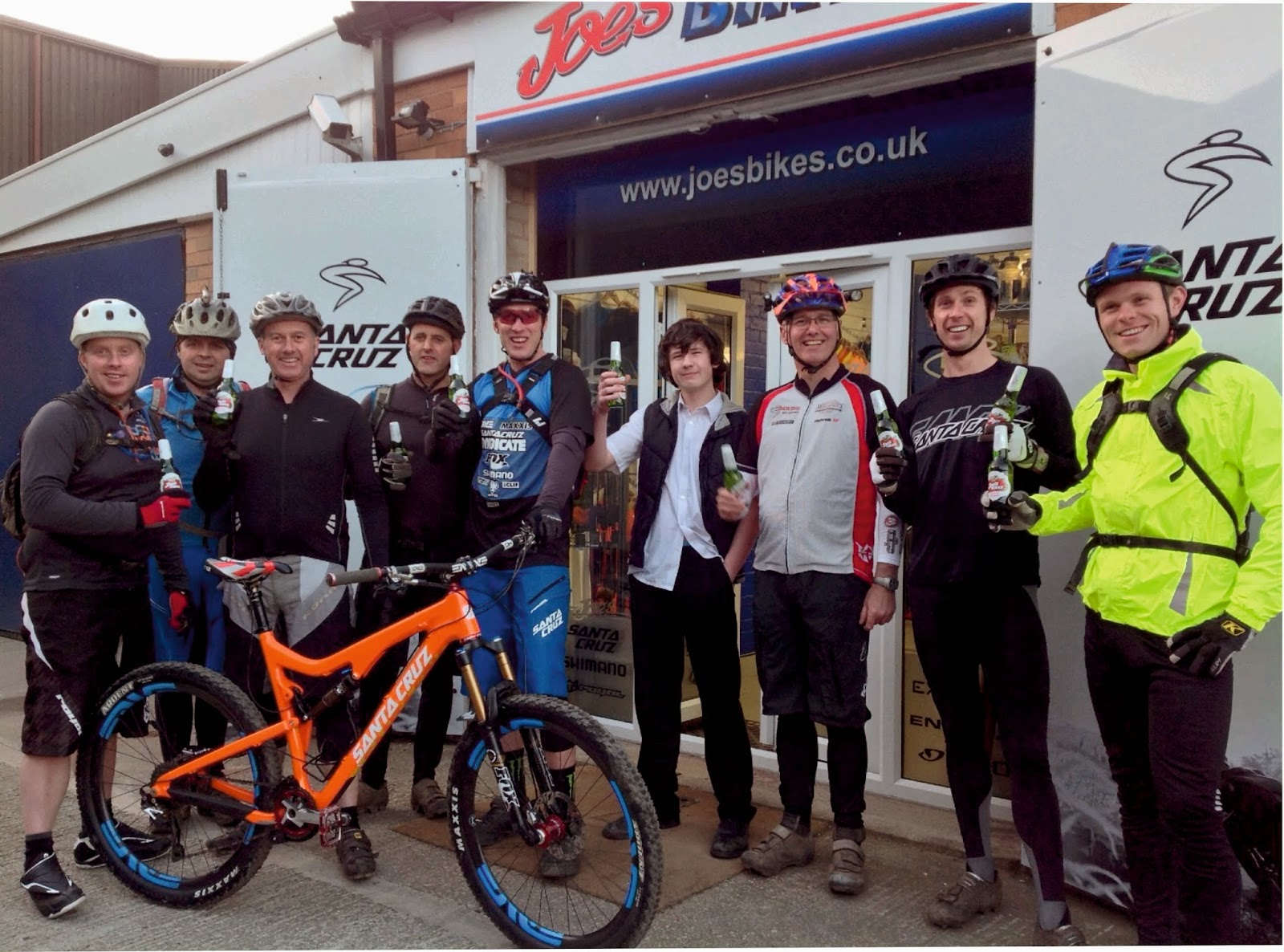 I have not had time to write anything on this blog for a while, and found it hard to do any quality riding either due to work commitments, building a bike shop from scratch along with my other daily duties was always going to be a big ask.

GO TO JOE'S BIKES LINK TO VIEW ALL WHAT'S GOING DOWN 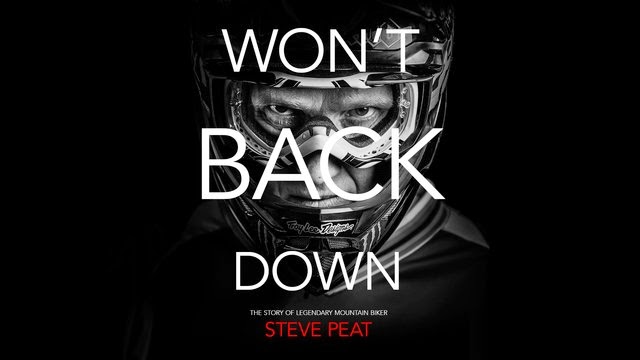 The hot ticket one Friday night a few weeks ago was the premier of Steve Peat's film Wont Back Down at Sheffield University which told the story of his career over the past 20 years.